“The sea, once it casts its spell, holds one in its net of wonder forever.”  ~ Jacques-Yves Cousteau

The 2017 World Oceans Day theme is: “Our Oceans, Our Future”. On this recent global celebration day (June 8th) and week-long celebrations, with water covering 71% of the Earth’s surface, I hope you will be supporting or learning more about sustaining healthier oceans. My family and I live near an oceanfront community, and we are very fortunate to enjoy living by the Pacific Ocean, which enhances our sense of well-being and feeling connected to nature.

However, we can see the first-hand effects of plastic pollution in the ocean, and appreciate the ultra-importance of ocean conservation, since around 60% of our oxygen comes from the oceans. Also, over three billion people depend on coastal and marine biodiversity for their economic livelihoods, and the huge proliferation and demand for sushi depends on healthy, sustainable fish and seafood stock, which have a direct correlation and dependency on healthy oceans of course.

Here is a video created by the organizers of World Oceans Day:

I would Iike to highlight some of our TreadRight initiatives in support of World Oceans Day and the recent World Environment Day.

One of our TreadRight wildlife initiatives is SharkSavers, which was founded in 2007 by concerned divers, and its mission is to save sharks and mantas through educational programs, awareness building and action. This non-profit organization is now supported by WildAid as one of their programs, when they joined forces in 2013 to protect these endangered species. (TreadRight supports both these conservation organizations.)

WildAid has estimated that approximately 100 million sharks are killed yearly, with up to 73 million sharks deaths worldwide being killed for their fins, which are used for shark fin soup due to increased consumer demand in China. In the last 15 years, some of these shark populations have declined by up to 98%.  Fortunately, Wild Aid has done outstanding celebrity campaigns in raising awareness about the negative impact of the consumption of this soup, which they report has resulted in an estimated 50-70% decrease in demand.

Sharks play such an important role in the natural balance of aquatic ecosystems, that their continued decline or the possible extinction of some species, may have terrible effects on the entire ocean ecosystem. These creatures keep oceans healthy by keeping food webs in balance, keeping prey populations healthy by preventing the spread of disease, and they also keep vital habitats such as sea grass beds healthy.

In 2013, we began supporting SharkSavers with our TreadRight Ambassador and environmentalist, Céline Cousteau whose iconic grandfather and scientist, Jacques Cousteau first brought awareness to the plight of the world’s oceans. Our millennial travel brand, Contiki created a once-in- a lifetime experience, an 11-day Galapagos and Ecuador trip where we invited travelers, travel partners, media guests and influencers to join Céline and learn more about these fragile ecosystems with the SharksCount program. Our guests experienced diving and snorkeling with sharks, while learning how to continue to protect them. Here is the Contiki Galapagos video featuring SharkSavers with Céline:

Earlier this week was the United Nation’s World Environment Day which began in 1974 to bring worldwide awareness and action for the protection of our environment. I would like to highlight that TreadRight and TTC have partnered with Just a Drop, an international water development charity to help bring sustainable clean water supplies, sanitation facilities and awareness of safe hygiene practices to the three north western Cambodian villages of Rolom, Damrey Slap and Knar Chor, which are the least developed areas of the country due to many decades of civil war. Our goal is to enhance the lives of approximately 1,800 villagers who have minimal resources and access to clean water. This project is community-owned and will be monitored for a minimum of seven years after completion.

This ensures that our efforts make a genuine, transformative impact to these three communities for many years to come. Since July last year, Just a Drop has completed major work on the ground and collaborated with five selected community individuals from each village who formed “WASH” committees as part of their community-led total sanitation initiative. The organization works with these communities and local partners to administer water, sanitation and hygiene (‘WASH‘) solutions, which better assists a community’s specific needs, including geographic location, infrastructure, water availability, culture and economic conditions. Residents can now improve their general health with the decrease of water-related illnesses and enhance their quality of life with better sanitation. This past February, biosand filters were distributed to each household as an economic way to provide safe and clean water by removing pathogens as well as avoid cross-contamination. The United Nations Sustainable Development Goal #14 (SDG14) Life Below Water is to “conserve and sustainably use the oceans, seas and marine resources.” All of our collective actions and activities have impact so please continue to Reduce, Reuse, Recycle, and buy only sustainably-caught fish and seafood whenever possible. We are galvanized to continue working towards a better future with millions of other concerned citizens across our beautiful blue planet.

We all live on our one planet, are so are all interconnected to each other from this global perspective. I would hope that we start to see ourselves as global citizens, rather than citizens of one nation or another, as without a healthy planet, our children and/or our grandchildren will suffer greatly from our actions or inactions today, as climate change and rising ocean and sea levels continue to threaten and disrupt many coastal communities.

A Message of Pride

The late, great Nelson Mandela once said that, “To be free is not to merely cast off one’s chains, but to live in a way that respects and enhances the freedom of others.” I cannot think of better wise words that best exemplify what is being celebrated around the world this month. June is Pride month, a time when the iconic rainbow flag is proudly displayed from Sydney to London, 25 cities in the US and many other places around the world. It is as a powerful symbol celebrating the ever-diverse world that we inhabit together While there is still much work to be done, I am truly inspired by the courage and conviction of the LGBTQ+ community and supporters on their journey to achieving equality for all.

Here at The Travel Corporation (TTC), we are proud of many things. We are proud to be part of an industry that allows us to travel and learn about different cultures and meet people of all backgrounds. We are also proud to reciprocate and offer fellow global travelers an opportunity to not only travel on our award-winning family of brands to amazing destinations, by offering transformative experiences, but to also do so in an open and inclusive environment – regardless of their background, religion, gender, ethnicity or whom they love.

As I write this, many of our millennial guests will no doubt be preparing to have the time of their lives on Contiki’s inaugural “Greek Week Pride” trip, beginning in Athens on June 9th that will celebrate what makes us different. For some, this travel experience will also serve as the start to a lifelong journey of understanding their true self. For the next ten days, young travelers of all backgrounds and orientations will journey through Greece and its beautiful islands of Mykonos and Ios to experience the Pride festivities in this popular and well-loved destination. Above all, what we are most proud of is the diversity and differences of our family of 10,000 team members around the world, including our LGBTQ+ colleagues and coworkers.

Last March, I wrote about our amazing team, and I strongly believe that in our ever-complex world, by respecting our work colleagues and allowing them to be who they truly are, we can foster a better world. I am fortunate to be able to spend time with many members of my ‘TTC work family’ and when I do, I am reminded that what binds us together is far greater than anything which tries to separate us. At The Travel Corporation – much like how Canadian Prime Minister, Justin Trudeau, often remarks about his country’s guiding principle that diversity is our strength; we are “strong not in spite of our differences, but because of them.”

Wishing one and all a Happy World Oceans Day, World Environment Day and Pride Month, 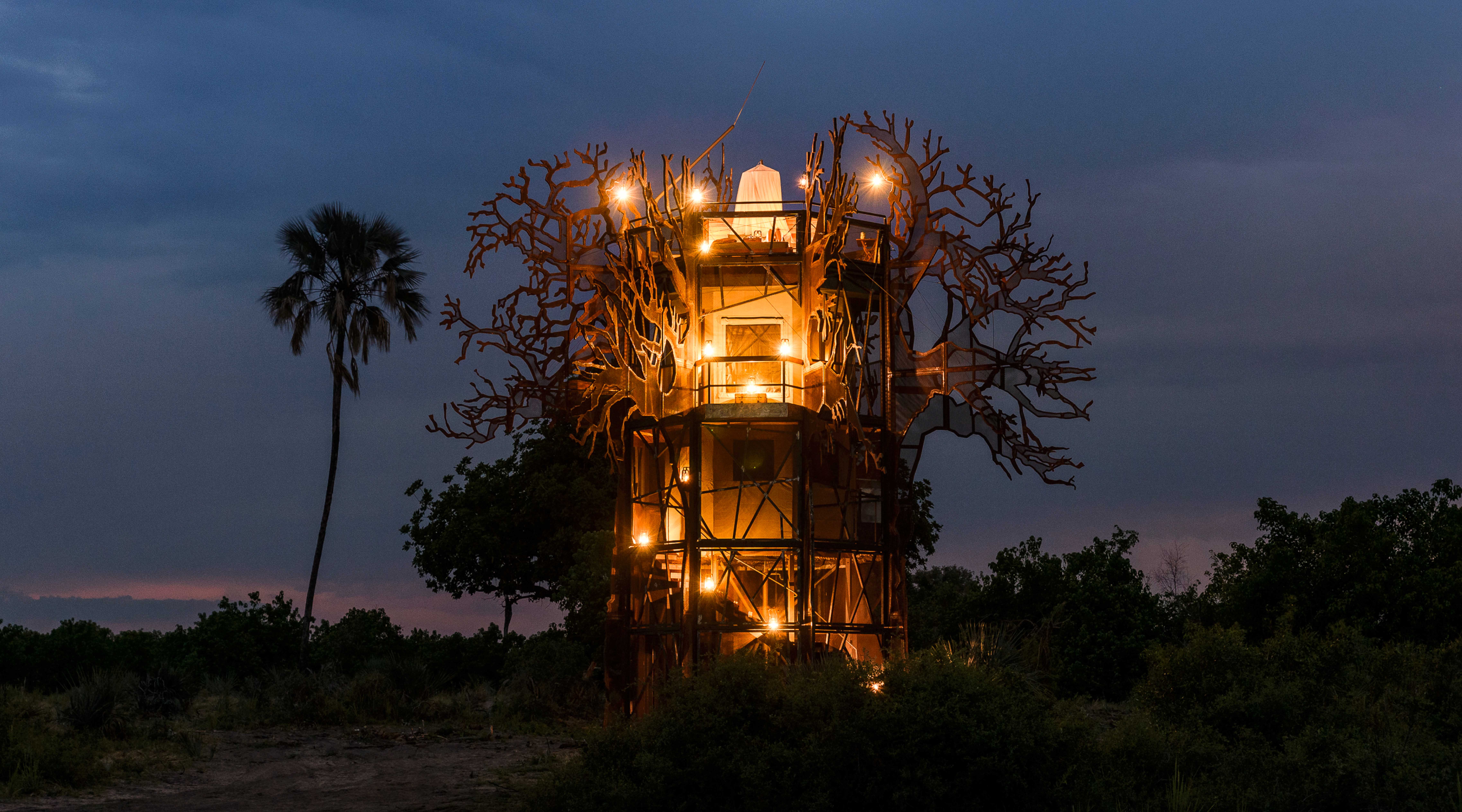 Tales From Our Travelers
September 23, 2020
TreadRight - We Care, Fight, Save & Protect
Welcome to the 2017 TTC Agent Academy